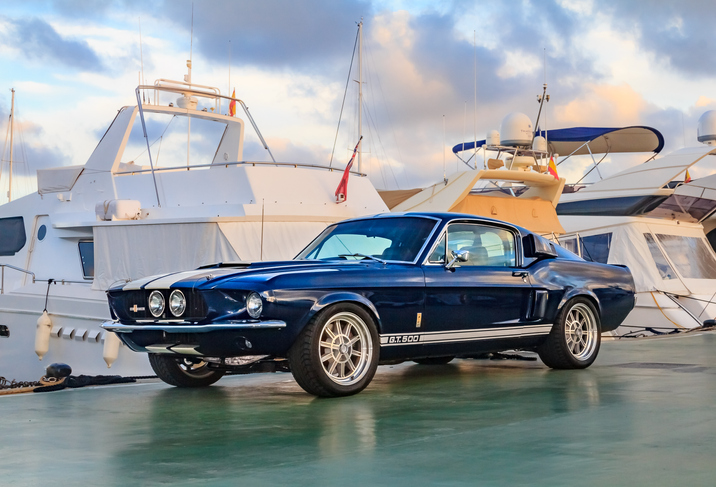 Thriving in the market since 1964, the muscle-sports car Mustang has created fans worldwide. Not only can it muscle its way as a racecar, it’s very optimal for everyday use too. If you have recently got your hands on one of these beauties, you can further enhance its performance through several performance mods.

We have created a detailed list of performance mods that you should check out for your Mustang. So without any further ado let’s get started.

Your Mustang would come with an Air intake box which helps the air to reach the engine of your car. However, in your quest to make your car more powerful, you’ll need to replace it with ‘Cold air intakes’. In this list of best performance mods, probably this is the most inexpensive one, and simultaneously, the one which fares well in cost-benefit analysis too.

So these cold air intakes would help cooler air reach the air for combustion. Results? Well, the cooler air would bring more oxygen and therefore more power too. While some people even claim about achieving increased horsepower and fuel efficiency after installing these, even if that’s not a universal case, still you’ll notice an increase in your car’s performance.

Overall, through these intakes, you can feed your engine more air and burn extra fuel for that extra bunch of power and performance.

When it comes to boosting the performance of your Mustang, getting a tuner would be helpful. An engine tuner, as the name suggests, adjusts your vehicle’s computer settings, such as injection timings, and other important constituents. A tuner adjusts every performance-related aspect of your car so that everything works in harmony.

These tuners can do a lot of other things too, essentially cranking out a few more HPs and driving out a few more miles per gallon. There are several tuners available in the market and good research would go a long way in helping you buy the best one.

The car’s exhaust system is one of the most important components of the vehicle. While ensuring that the exhaust gases get extracted from the car, the exhaust also removes harmful substances.

However, when it comes to performance cars such as Mustang, just performing the above two functions isn’t enough. A good exhaust needs to roar and mark the car’s presence in the vicinity. At the same time, an exhaust with good design and ergonomics gives the exhaust gases a more straightforward route to escape. This not only helps in getting the air out easily but also burns more fuel, thereby churning more power.

So overall, apart from performing its traditional functions, a good exhaust would provide your Mustang an astounding growl, an easy escape route for gas, and also an enhanced performance option.

Superchargers are devices that increase the pressure or density of air supplied to an internal combustion engine. It enhances the performance of the car’s engine by forcing more air into the part of it in which fuel burns. After installing a good cold air intake and powerful exhaust system, a supercharger is what you should fix your eyes on.

They give an insane power boost which can be helpful while racing, mapping the tracks, or even on joy rides on freeways.

If you ask anyone which is the most component of your car responsible for steering stability and good handling, the answer would be ‘Suspension’. This component is responsible for providing smoothness to your rides and keeping the passenger in comfort. Car is not the only means of transport where suspension plays an indispensable role, but even in bikes, scooters, and almost every form of modern transport it does so.

If you wish to boost the performance of your Mustang and make it more race-ready, we suggest lowering down the suspension. Not only does it improve the tires’ grip on the road, but also improves handling, reduces rollover risks, and even lead to better cornering. The low suspension cars look sleek and sporty too, which is an added advantage.

This component of your Mustang would be highly useful at higher speeds. Adding a spoiler provides additional downforce over the rear wheels when you are driving at full throttle.

While their performance would only be switched on at high speeds, they are nevertheless a good accessory for enhancing the aesthetics of the car. Rear spoilers give a sporty look to the car and give them an aggressive appeal which is admired by many.

Having talked about Mods that enhance the performance of your vehicle, now let’s discuss some Mods which are good for adding an extra touch of aesthetics to your Mustang:

The side scoops took a debut in the 1960s with the 1966 Shelby GT350. Since then their popularity has never seen a dip. Any fan of the Shelby look should definitely check them out.

Along with side scoops, if you add the window louvers to your Mustang, they’ll go a long way in giving a classic muscle car look. Many 60s and 70s design fans look up to them with great awe and the nostalgia the design evokes is a great reason behind it.

We talked about rear spoilers in the above section, and just like them, front spoilers are worth considering too. They give a sleek and aggressive look to the car and go a long way in intimidating your competitors.

We hope the above list of Modes was helpful. Wondering where could you get all the parts and components from? Well, at Mak Performance, we sell Mustang performance mods for several popular models like 2016 Mustang V6, 2017 Mustang GT, 2017 Mustang Ecoboost, 2018 Shelby GT350, 2019 Mustang GT, 2020 Shelby GT 500 and so on.

Visit our store, we promise you’d be delighted!